In France there’s an old belief that « curiosity is a bad manner ». Our parents or some teachers would have warned us in order to prevent us from irrelevant initiatives. Indeed childhood’s curiosity, naturally motivated by an endless appetite for knowing, can cause trouble to adults’ conventional universe. Adults know, by principle, what to avoid  and how to respect the set social order. But adults find it hard to keep the innocent legacy of their childhood. They believe that they must stick to their power or any external power, even though authority is all in all fading away.

When struggling with a personal or social ordeal, our brain send us alert signs, keeping us extra focused and worried. Like this father panicking right after losing sight of his dear younger child, in the middle of a public space. Forget the common sense and emotional control! When facing a deep threat, who’s going to master our basic reptilian instincts?

When the threat looks nationwide or worldwide, we keep buzzing like crazy bees, we seem not to be able to stop that. We spread overtly our need to « stay alive » in the social space. We try to fight against chaos and spiritual black holes popping out everywhere. And try to stop the contagious spread of fear. Now let’s come back to « college days » (the most challenging one according to education specialists). When our primitive mindset, boosted with hormons, takes control! Here we are, in the middle of generational gaps, between the old one, the officially empowered league of adults, and the new power conquerors, being trained not to make it happen…

Whenever a violent scene breaks down daily routines, we experience a remake of that fight, that warlike combat between two college tribes, far from playground keepers’ eyes. We remember then, when an enigmatic fool did damage again and again the toilets on the third floor. How disrespectful! uttered Year 10 girls. We could notice the mockery among the big buzz of discontentment and lamentation about the lack of maturity of the human kind, at college level. All of a sudden, a few students, part of the quietest ones, dared to cry out « this is a conspiracy! » However, as the truth remained absent and dark spots didn’t vanish during the school investigations, suspicion became unbearable! Hence the imagination and creativity of a few pupils had been seriously challenged. So many unsolved cases, unpunished abuses for teenagers devotees of truth and justice! Suddenly suspicion came out and struck us all, publicly, by surprise! 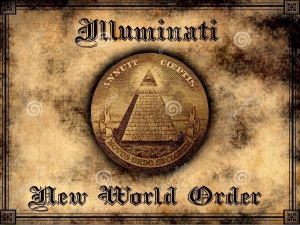 If only you could have seen the face of the school head and his team of strict keepers. If  you could have listened to these calls for reason, from unified adults and teenagers, in a moral communion. Still came the minority sniggering. Some people were explicitly not at ease with the course of events. Some youngsters blamed parents for their lack of commitment and laisser-faire. Surprisingly, some teachers seemed to enjoy alternative theories and conspiracy pulses. Here is how embarrassing explanations landed in the middle of the college playground! You could feel how many children were embarrassed. Most adults, however, knew by heart how to stick to hierarchy calls for security and order. Calls for conformism! Old style discipline. And mortal silence.

Why do we fear so much conspiracy theories? Theories or actual practices? Do we simply leave it in the medical corner of human mental illness and its consequences at a political level? Are we so afraid of our own ability to perversity?

In front of a conspiracy threat, measures are often gradual, and depend on risk assessment that officials will make (minor or major threat for social stability). At first, plot possibility is simply denied, and kept silent. If the conspiracy ghost remains, its thesis will be strongly condemned, with factual testimonies. Big medias will be in charge of blocking the leaks. As long as truth likelyhood doesn’t emerge, the anti-conspiracy league (politicians, mass medias, popular intellectuals) will be busy fighting the skeptics galaxy. And we never know when a former journalist, connected with the case, will come out with his personal theory. Nor if an ex-culprit will soon repent and release the big data!

Suspicions of conspiracy projects always existed. Until transparency wins, some people, heroes of democracy and truth, will keep chasing at all cost. Can we reasonably remain happy with the medical or legal treatment of plot theoricians? Their alleged madness is not sufficient. What if not all conspiracy theories were useless? Our society is okay with madness when it’s usefully channelled towards arts or business (crazy entrepreneurs, painters, sculptors, designers!) As for the crazy conspirationnists, they’re considered as dangerous. It’s dangerous to mock our naïveté. Like intellectual and social terrorists, they attack the pillars of our fragile constructions. They point out our weaknesses, our limits, our collective failures. They turn the mirror to show us the reflexion of our excesses and sectarian drifts! They are the careless fanatics of criticism. They just look like a nightmare that we cannot shut down!